Twitter, Facebook and Instagram will be handed fines if sports stars are racially abused online under new government rules, but ministers are urged to ‘get their skates on’ after Manchester United’s Axel Tuanzebe and Anthony Martial were targeted.

UK Government plans crackdown on online abuse with tougher regulation of social media firms if they fail to protect them under tough new rules drawn up by ministers.

This means Social media firms will have to deal with anonymous abusers so the police can take action according to Sportsmail.

One comment on Tuanzebe’s Instagram account read ‘DAMNNN N*****’ as well as several monkey emojis on a photograph of his United shirt and number, posted two weeks ago.
Manchester United have condemned the disgusting racist abuse suffered by defender Axel Tuanzebe and striker Anthony Martial on social media. 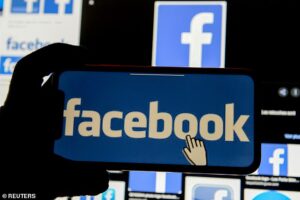 The club urged social media companies to ‘strengthen measures’ after being left ‘disgusted’ by the abuse Tuanzebe and Martial received.

The club’s Director of Communications, Charlie Brooks, said the United players are ‘sick’ of the ‘hate-filled’ abuse online and urged social media platforms to create verifiable and identifiable accounts so the perpetrators can be caught.

Now, Dowden has said the government will deliver regulation, which will allow companies to be held to account for abuse on the online platforms – and that will include forcing companies to tackle anonymous abusers.

The abuse of Tuanzebe and Martial came just days after Dowden met with current and former footballers, including Jordan Henderson, Tyrone Mings, Anton Ferdinand and Karen Carney, to discuss discrimination.

‘As I discussed with current and former players earlier this week, social media companies must do more to tackle this issue.

‘We have set out plans to make online companies legally responsible for tackling this disgusting behaviour, so that what is unacceptable in the streets and stands is unacceptable online too.’

A White Paper published in December sets out the government’s intention to establish a regulator, with more powers than currently exist.